GateBridge provides a cross-chain protocol based on liquidity pool, which redefines the concept of liquidity pool in a more broad sense, with brand new market marking model and unique order book pattern.

In a cross-chain transfer, the assets exchanged are generally same taken, so a fixed 1:1 price will fits this definition better. Assuming two assets: X and Y, sale dx of X would get dy of Y, at this time $dx = $dy. This can be described as a linear invariant arbitrary amount of asset X, the Constant Sum model:

The asset price in this model can be determined as $dx_i / $dx_j; assuming $dx_i = $dx_j, the price would always be 1, which means all tokens in the pool have the same price. However, this model is unlikely to fit into an exchange market where the assets should be auto-adjustable, one asset reserve in the pair will easily to be drained and the cross-chain transfer would fail. Many well known decentralised exchanges, like Uniswap, or Balancer, are using a Constant Product model instead to allow price volatility according to market conditions. The formula is as below:

The formula can be expanded to a liquidity pool with tokens at any allocation and amount; such as model used in Balancer:

But when model is used to tokens of stable price, it will incur huge slippage. So we look into the pricing model of stableswap, or Hybrid Constant Sum and Constant Product instead, which resembles a constant sum curve when the two tokens reach balance, and a constant product curve when the balance is broken. The slippage in this model looks like a pan, almost zero slippage at the flat bottom, and large slippage as data falling outside of the flat area. See figure below: 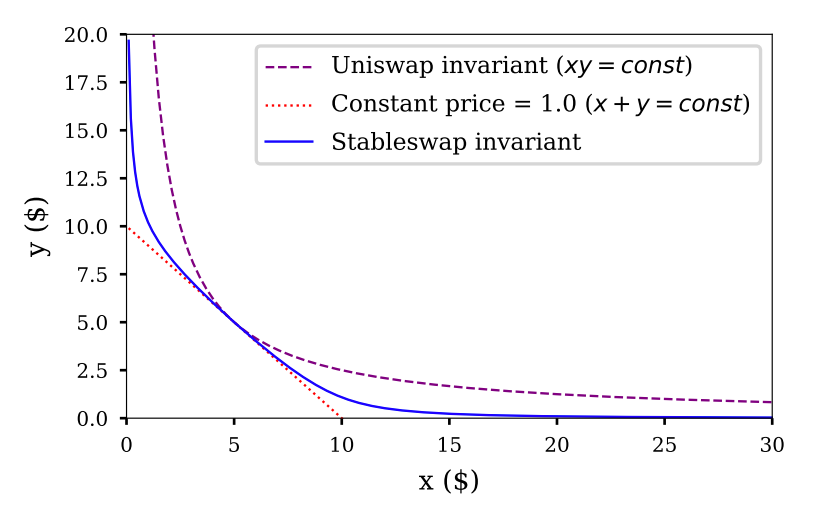 The formula of the StableSwap model;

For an asset portfolio , we get a ; when the assets are exchanged in the pool, the left and right sides of the equal sign should equal to each other; this is how the StableSwap calculate the price. In this model, when there is an imbalance in asset allocation, it creates arbitrage opportunity, which will soon be taken by the arbitrageur and thus bring the balance in asset allocation back. However, this mode has its downsides too:

To solve these issues, we have improved the Stableswap model: 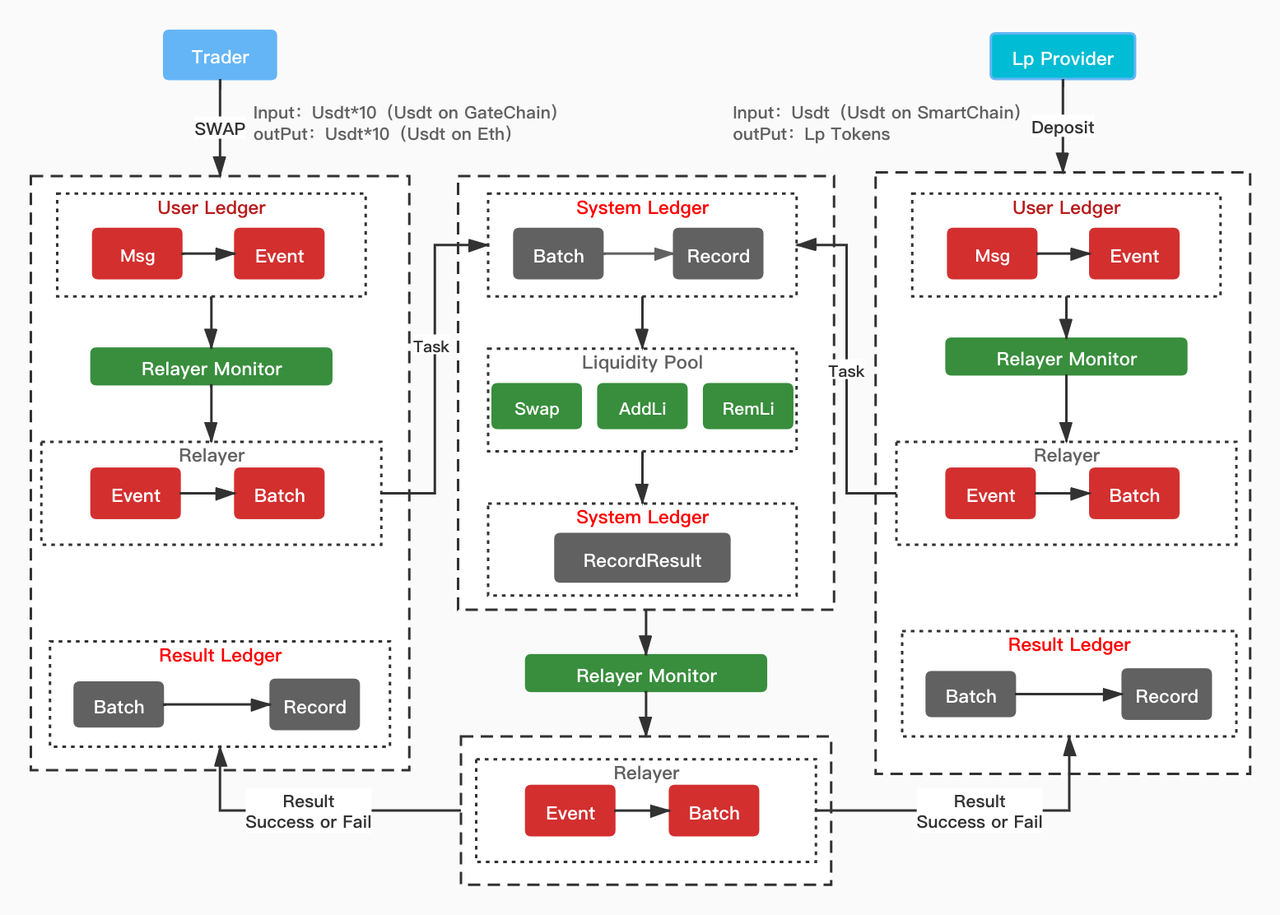